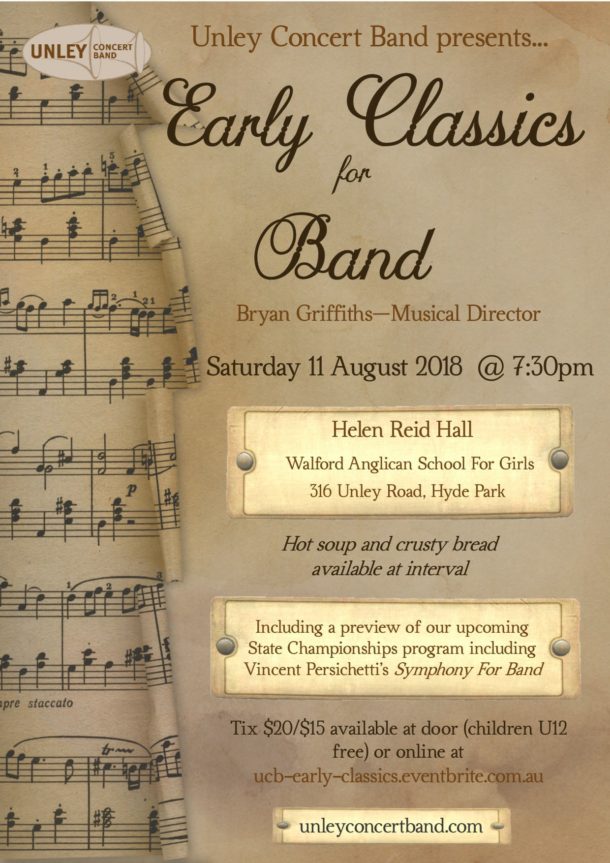 The first half will feature a preview of our upcoming State Championship program including Vincent Persichetti’s Symphony for Band as well as some wind band favourites! The second half will be a celebration of all things Leonard Bernstein, marking 100 years since his birth in 1918.

To be held at Walford Anglican School For Girls’ lovely Helen Reid Hall in Hyde Park.

Tickets are also available at the door also (cash only).

10 months ago
Become a Friend of Unley Concert Band
Supporters